Terri Howell  Owner & Director
Terri grew up in the Carrollwood area attending Carrollwood Elementary, Adams Jr High and graduating from Chamberlain High School.  She studied dance and worked as an assistant teacher at local dance studios including Rosemary's School of Dance, her mother's studio. She received her acrobatic training from Anna Marie Sagi, an Olympic Bronze Medalist and Circus Acrobat. She continued her ballet studies at the University of South Florida and took Master classes with such notables as Luigi, Charles Kelly, Bob Audi, Joe Tremaine, Robert Joffery and Melissa Hayden. Miss Terri has over 30 years of professional experience as a dance instructor and over 20 years experience as a dance studio owner. She has choreographed many award winning competition routines at the regional and national level.  Many of Miss Terri's students have become professional dancers, dance instructors, physical therapist and NFL Cheerleaders as well as dance studio owners.  She travels to New York and attends Dance Conventions several times each year to stay current with her dance training. Terri traveled as an adjudicator for regional and national dance competitions and served on the advisory board in 2008-2009 for the Federation of Dance Competitions. 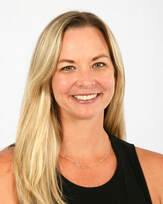 Marlowe Inglis Managing Director
Marlowe began dancing at the age of 3 and continued her dance training at All American Dance Factory until graduation from High School. She has studied under many renowned and notable master teachers and brings to her classes an intense, diverse and strong technical style. Marlowe danced with the Tampa Bay Repertory Ballet under the direction of Andre Ustinov and Elena Martinsen. She has won many competitions on the Regional and National level as a dancer and choreographer. Marlowe was the National Director for Masquerade Dance Competition for 6 years where she also co-choreographed the opening number and taught master classes at nationals as well.  She was a Level 1 Crossfit trainer for 5 years and Aerialist for 3 years prior to the birth of her daughter, Braelyn.  She received her Bachelor’s degree in Marketing from the University of South Florida. Ashlyn Bolton
Ashlyn has been trained in all genres of dance and theater but her true love is Tap. She has performed in and choreographed for music videos, concerts and benefits. Her Tap Company, Rhythm and Sole Tap Ensemble, has numerous performances each season and has performed at Walt Disney World, The Big Apple Tap Festival at Alvin Ailey Theater, Tap City in NYC, Opening for Friends of Music concerts at Ruth Eckerd Hall and has opened for Chris Daughtry and Counting Crows Band. Ashlyn is also the Festival Director of Tampa Bay Tap Festival which this year featured tap dance extraordinaires Derick Grant and Aaron Tolson.Besides her love and expertise in the genre of tap, Ashlyn has also trained in Classical Ballet with Next Generation Ballet and several other intensives and programs including the Rockettes Summer Intensive in New York. She also was a theater apprentice at the Patel Conservatory Triple Threat program. Ashlyn has been teaching tap, ballet, jazz and musical theater classes at the Patel Conservatory for several years. 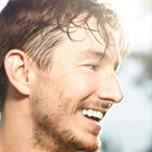 Andy Pellick  Guest Choreographer
Guest Teacher Andy originally hails from Pittsburgh, PA, but has called New York his home for well over a decade. Currently performing Off-Broadway in "Fuerzabruta”, he has also danced in the original Broadway casts of "Wicked”, "Tarzan”, "La Cage aux Folles” (first revival), and "Dance of the Vampires”. He's also performed Off-Broadway in "De La Guarda”. He was featured in the films "The Polar Express" and "Show Business”. He has appeared on “The David Letterman Show”, the Macy's Thanksgiving Day Parade, the “VH1 Vogue Fashion Award”, “Broadway: The Golden Age”, and”The Tony Awards”. Before moving to New York, Andy's first job was to be the understudy for Tommy Tune in “EFX” at the MGM Grand in Las Vegas, where he was also a featured dancer. When not performing, Andy fills his time teaching and choreographing across the country. He feels blessed to work with the upcoming generation of dancers, and loves being a part of such an incredible community.